As usual, the agenda for the Epping Forest district council meeting last night had a slot for councillors to ask questions to members of the Cabinet. Given the meeting was just 24 hours after the start of the local plan consultation I was surprised how few councillors raised issues.

My fellow Lib Dem councillor Janet Whitehouse asked about comments she’d received from residents who had found it difficult to interpret the maps (below – click to enlarge) published in the local plan and at the public information points. She asked (see video) if road names could be added to the maps to make it easier to identify the site locations. 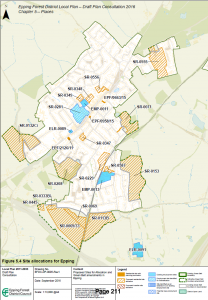 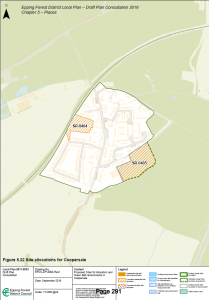 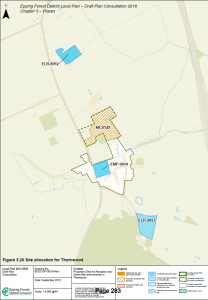 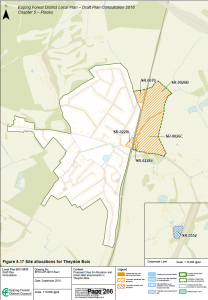 Unfortunately she received the response that the maps had been printed and it would be too difficult for the council to make changes. Residents who want to clarify site locations can:

This morning I attended the long-awaited re-opening of Allnutts Post Office in Epping. Even before the ribbon was cut, the first customers had arrived with Christmas cards to send abroad and parcels to post. Local residents no longer need to to trek up the steep hill and will also benefit from the excellent service provided by Shanhaz Javid and her team.

Post Office opening hours are Monday to Saturday from 9am until 1pm.

(Of course the rest of the store will continue to be open in the afternoons as well.) 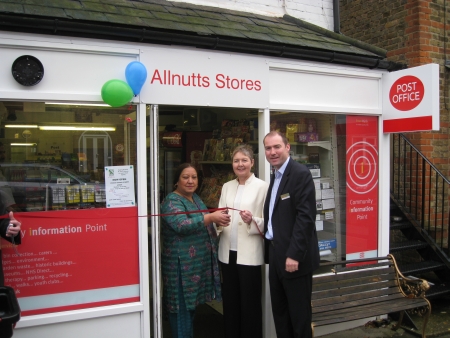 The store has been completely overhauled with a new shop-front and layout. It is a convenient stop-off for all sorts of provisions as well as for around 170 Post Office products and services. (Allnutts will provide almost all the services apart from car tax renewal. You can even order next-day delivery of foreign currency.

It was a big mistake of the Post Office to close Allnutts Post Office in the first place. The branch has been really missed since February 2008. I am sure it will now go from strength to strength.

All the results are now in. The Liberal Democrat highlight in Epping Forest is a victory in Epping & Theydon Bois, where Janet Whitehouse overturned the Conservative majority

END_OF_DOCUMENT_TOKEN_TO_BE_REPLACED

Thank you to everyone who voted for the Liberal Democrats in Epping Forest yesterday. The votes will be counted at Theydon Bois Village Hall today and you can check the results on the Essex County Council website here.

Yesterday was the deadline for responding to the Secretary of State’s Proposed Changes to the draft policy on Gypsy and Traveller Accommodation in the East of England [PDF]. This is almost the final stage of a very lengthy process which will determine how many pitches Epping Forest district is expected to provide. It is an issue which Janet Whitehouse and I and other Liberal Democrat councillors have been thinking about very carefully. 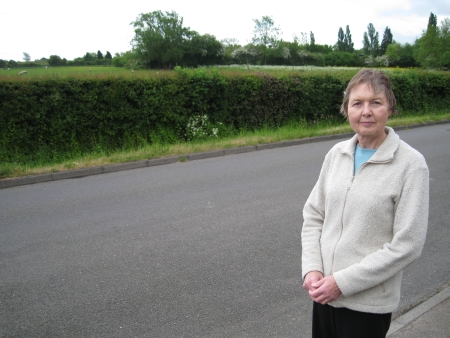 The submission which I put in as Leader of the Liberal Democrat group on Epping Forest District Council described the Secretary of State’s decision to reduce the pitch requirement for Epping Forest from 49 to 34 pitches as a welcome improvement compared with the original proposed policy. It shows some recognition of the particular local circumstances in Epping Forest.

However I argued that it does not fully take into account the difficulty of delivering a large number of gypsy and traveller sites in Epping Forest.

Unlike some other districts Epping Forest has a very low amount of what is described as “unconstrained land”. In other words much of the land in the district is environmentally sensitive (e.g. Epping Forest and parts of the Lee Valley Regional Park or Green Belt or both). It also remains the case that the number of additional pitches sought as a proportion of total new dwellings is disproportionately high when compared to other districts in the region.

The Thornwood Action Group has carried out excellent research and analysis which I relied on heavily when putting in my response. Like other local residents’ action groups, I think the evidence justifies a further reduction down to 19 or fewer sites.  I’ve not yet been shown a copy of the official Epping Forest District Council submission, but this will also seek a reduction.

Although the Secretary of State will decide how many pitches are required locally, it is up to the district council to decide where  the pitches should be located, hence the controversial consultation which ended in February. We are now waiting for an analysis of the consultation responses and technical and sustainability reports on the proposed sites.

If some of the worst news this week was contained in Alastair Darling’s statement of doom, the best news for me was the news that Allnutts Post Office is to re-open. On Tuesday my fellow Liberal Democrat councillor Janet Whitehouse rang to tell me that she had just come out of a meeting with Shanhaz Javid from Allnutts Stores and the county council. At the end of the meeting a contract had been signed to re-open the post office in about 20 weeks time! 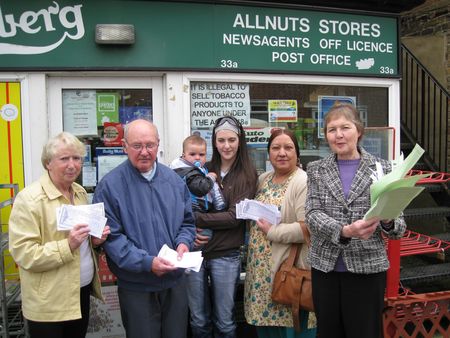 It was a tremendous blow for local people when the post office shut in February 2008 as part of the Labour government’s Post Office closure plan. Hopes were raised when Essex County Council announced, in a blaze of publicity, plans to re-open some of the offices. My fellow ward councillor Janet Whitehouse received positive indications from county council officers. But so far only three post offices in Essex have actually started serving customers again. So when county council officials visited Allnutts Stores in February this year to say that the post office would remain shut it was disappointing, but not an enormous surprise .

Thankfully neither Shanhaz, who provides such an excellent service to her customers, nor Janet gave up. Janet pressed the county council for a meeting. She and Shanhaz travelled to County Hall in Chelmsford to put their case. The county council thought again and agreed to continue discussions. Local people expressed their support for the re-opening and described the problems they had experienced without a local post office. More meetings were held. The county council required Shanhaz to make changes such as a new shop front and changes to the internal layout of the store. At last, thanks to Shanhaz, Janet and the county council all working together, a deal was done and a contract signed.

As Janet said in a letter to local residents who supported her petition:

I am delighted that by working together we have achieved this fantastic outcome. It is now up to all of us to support Shanhaz and Allnutts Stores and to use the Post Office regularly when it re-opens in Autumn.

Epping Forest’s Liberal Democrat councillors met this morning to discuss the agenda for the council meeting on Tuesday week and other forthcoming issues. As various members reported back on the work they were doing and the issues they were pursuing I was struck by how much work goes on behind the scenes that must be totally invisible to most residents.

Sometimes this is because the work concerns individuals and it isn’t appropriate to make the details public. Sometimes it is long term work that may or may not come to fruition. At other times it is simply too obscure or complex to be of wide interest. But often we simply don’t think to tell people, although we try to make sure the most important bits of news are covered by our Focus newsletters and at www.eflibdems.org.uk. Part of the reason for starting this mini-blog is to try and report back more frequently about the things which I and my Lib Dem colleagues are doing.

This afternoon Janet Whitehouse and I knocked on doors in Epping and Coopersale to thank people for supporting us in the elections in May and discuss local issues. A few people were surprised to find us on their doorsteps outside of election time but we think it is important to keep in touch all year round. As usual we both picked up several issues we need to pursue, including some speeding traffic issues to raise with Essex County Council. As a bonus four people volunteered to help deliver our Focus newsletters.

If you can help deliver Focus in your road (ideally every two to three months) please drop me a line at jon.whitehouse@eflibdems.org.uk.